I am a fashion/textile designer by education, working in graphics most of the time. I always loved animals. I got my first dog very young, I also took riding lessons for some years as a teenager, we had a cat… tons of precious moments with different sorts of animals.

After my childhood dog passed away in 2000 I got a mix breed Kuki with whom I went to dog school at the nearest dog club. We learned everything together, he was a perfect challenge for a newbie in dog training – not too easy going and not too tough. He taught me how to WORK AS A TEAM. Working with him was so much fun that I wanted to do some more fun stuff after puppy class so I enrolled in agility class and guess who was the agility trainer back then in 2002? Silvia Trkman of course! :) So we had the best possible teacher to start with clicker training, tricks and agility foundation! Few years later also Matej Čuek and Polona Bonač started to train at our club and agility trainings become even more interesting. 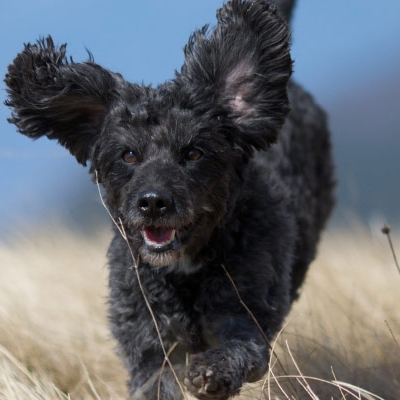 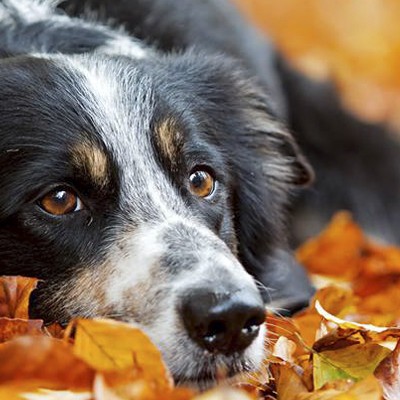 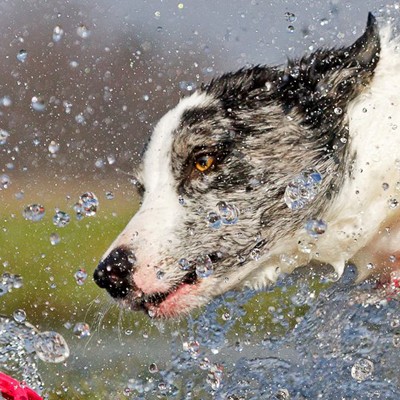 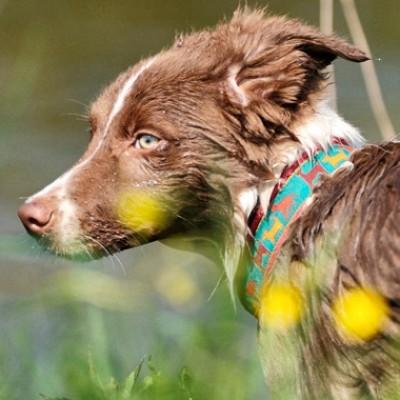 In 2006 I got my first border collie Lar, who is my heart and soul. He taught me to MOVE on the agility course, not to stand still or jog like I was used with Kuki. We had some good results on agility competitions: 2nd time in finals of Border Collie Classic (Luksemburg 2009), 2nd time in team finals Border Collie Classic (Madžarska 2010) – of course usually something went at least slightly wrong, one pole down or something…

Kuki was still running in 2011 (he had nice results in nationals throughout his agility career), but was getting older, so I got another border collie Sil as a member of our growing pack. Sil is a crazy jester who makes me laugh all the time. Unfortunately he got seriously injured before he turned 2 and can’t run agility. We took acting classes and he became an actor :) He taught me that you are what you GIVE. You can see his debut in a video at the bottom.

2011 was also the year when I started making dogwear, because I wanted to have aesthetic, comfortable and functional equipment for my own and my friends’ working dogs. I started with agility and motivation leashes and it all went from there. I named the brand Krdelo, which means The Pack in Slovenian language.

So in 2013 Krdelo (The Pack) had tree dog members, but only Lar was doing agility, and he was not young anymore. It was time to grow. 2014 brought us the newest edition to The Pack – Lox.

We said goodbye to Kuki in on 7th February 2018 … after almost 18 years. What a ride it was! I’ve been missing him like crazy ever since, I was 21 when I got him, I don’t even remember my life without him … Instead, I’m trying to turn a new chapter, focusing on a new quest with Lox — he is very good with people and children so we are on a quest to get a therapy dog license.